However restorative or cathartic the imaginary balancing of the scales of justice or the symbolic dishappening of the past might be -- and humans are strange, magic-believing creatures, all of us, often made better by our own fantasies or, more positively, imaginations, and telling off your tormentor who's now dead or otherwise out of reach works for some -- institutional justice as a rule serves the institution that delivers it and any punishment delivered by the NCAA is capable of delivering justice to anything non-NCAA only accidentally.

If you told me the victims of Jerry Sandusky, no, PSU, no, the NCAA had entered wherever that statue is being kept, taken it out, spat on it and burned it, I'd say that smells of justice, however imperfect and incomplete. And if someone said, well, then, they should let them do that, I'd say look at the word let in that sentence -- that's the problem. Who would let them? The people in charge. Why would they let them? Because it benefits the people in charge.

But the people in charge in this case chose a different path, unsurprisingly. Those responsible for the problem, who steer and advance a profit-driven system predictably inclined to institutional profit-protecting coverups -- and really the existence of hierarchical institutions is the problem, with the profit motive an amplifier -- reap the benefits of so-called justice by first externalizing, then disappearing the problem by way of purification ritual magic, thus ensuring its reoccurence elsewhere in the organism. They said the JoePa era never happened, not the bad part at least. The NCAA will gladly sacrifice a limb, one that will grow back soon enough anyway on a larger creature, to ensure its survival.
Posted by Devin Lenda No comments:

batman as the man, here.
Posted by Devin Lenda No comments:

Borrowing from Devin Lenda's morality play, one assumes, ESPN/Grantland's Jay Caspian Kang demonstrates a solid grasp of the tendency of people with no control over a situation to imagine they are the person with control over that situation and then justify practically anything the actual decider does even when it hurts them because the projector's actual self is not part of the fantasy so, like any non-existent character in a drama, can't be hurt.

Imagined control is intoxicating. Without this type of projection, the Democrat versus Republican show would be impossible. The (inevitably very inaccurately) imagined perspective of Obama is the lens through which Obama fans view Obama's actions. Same for Romney fans, of course, and so on.


When, exactly, did fans start to believe that their best interests and the best interests of team owners were the same? When did, "Well, I don't think [INSERT NAME OF REALLY RICH GUY] should spend his money in a way that would provide maximum entertainment value for me, the paying fan" become the go-to response? We have no idea how much money Jim Dolan stands to lose and how that affects the Knicks' future. And Knicks fans shouldn't care. They should just want the most entertaining, best product on the court. A team with Jeremy Lin is a better product for consumers than a team without Jeremy Lin. That should be 99 percent of every fan's calculation...

Jeremy Lin owes Jim Dolan? In what America does that make sense, except in the America where every employee owes every rich guy undying loyalty for life because the rich guy happens to sign his checks? Especially when said employee was the linchpin in a TV contract and when his popularity was the leading factor in a $600 million increase in the value of said rich guy's company? Oh, wait, that's exactly what Jim Dolan's America looks like. We are all just paying witnesses...

But hey, adding salary money when you're already paying the luxury tax for FLAT, Melo, Tyson Chandler, Marcus Camby, and others doesn't make "basketball sense," right? And spending Jim Dolan's money wisely has become the burden of every Knicks fan, right? And the logical move, empirically speaking, would be to blindly side with the one rich owner who has done more to disgrace the good name of logic than anyone else in the history of the NBA?

From a logical fan's perspective, the decision to keep a wildly popular, potentially transformative player should never be about money. It's true that Jeremy Lin started in only 25 games for the Knicks, but I challenge anyone to come up with a more telling, dynamic 25 games. More important, we — meaning everyone who is not Jim Dolan and his investors — are not paying the luxury tax.

just tell me where to direct my moral outrage

I'm glad to see my fellow Americans' disgust directed at a powerful man for the role he played in a case of unmistakable child predation. Their outrage at the way a cash cow program took precedence over children's well-being is a welcome occurrence. Their dismay at the intimidation of witnesses into silence in order to protect that powerful man and his buds and that cash cow is a good sign. It's about time.

Here's a summary from a leading media outlet:


• Obama and others showed "callous and shocking disregard for child victims."
• Evidence shows Obama and Biden do know that Clinton killed half a million Iraqis, mostly children, in the 1990s and that Bush killed many more and Obama is "totally cool with that," so much so that he followed suit himself.
• The U.S. establishment let Clinton retire in 2001 "not as a known child predator, but as a valued member of the American legacy," allowing him to rake in millions selling speeches and books to establishment audiences about the glories of ruling the world, thereby grooming future child predators.
• The U.S. establishment "concealed critical facts ... to avoid consequences of bad publicity."
• Obama "was an integral part of this active decision to conceal" and his impeachment would be justified.
• The U.S. establishment did not alert the putative authorities in a democracy, the people, to the nature of the crimes.
• The U.S. establishment failed to adhere to international law requiring not committing crimes such as the ones Clinton and Bush committed (and Obama continues to commit).

Of course that's not where the rage is directed. Instead it's just another easy target. Minor players. Sick 'em America. Burn your Penn State paraphernalia. Root against its uniquely evil football team. And make sure your Obama 2012 sticker is looking fresh because Obama is going to clean up college football in his second term. Here's the original, unedited:


• Paterno and others showed "callous and shocking disregard for child victims."*
• Evidence shows Paterno, Spanier, Schultz and Curley did know of 1998 investigation and Paterno "failed to take any action."
• PSU let Sandusky retire in 1999 "not as a suspected child predator, but as a valued member of the Penn State football legacy," allowing him to groom victims.
• PSU "concealed critical facts ... to avoid consequences of bad publicity."
• Paterno "was an integral part of this active decision to conceal" and his firing was justified.
• PSU did not alert authorities to 2001 assault. Intervening factor in not reporting was conversation between Curley, Paterno.
• PSU failed to adhere to federal law requiring reporting crimes such as the ones Sandusky committed. 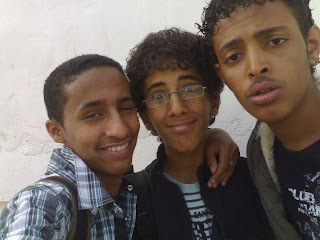 ahh, that's where I heard that

BDR got me thinking of Peter Murphy yesterday, who hadn't popped into consciousness in years I'm sure, and as I re-opened the file wondering if it was high school or college that I was listening to that guy, I recalled that my favorite song was Crystal Wrists, the main riff of which is the same as R.E.M.'s Me in Honey, a song I also like quite a bit. I made the connection after I started this post, the original version of which mentioned "an R.E.M. song probably from the Out of Time/Automatic period which I'm too lazy to track down." But I got it done in the end, demonstrating an extreme level of dedication to this blog. Murphy's came out first which means Michael Stipe shares my taste in music.


Posted by Devin Lenda No comments:

A baseballer was accused of the worst crime imagineable, being a woman, to which he responded "oh no, no, that's not true at all," reaffirming the slander which has come to serve him. The "you're prejudiced" bit from the accuser is fairly amusing, you have to admit.
Posted by Devin Lenda No comments:

Countless historians on facebook are telling me my freedom is being fought for, which is reassuring, obviously. The detailed pictorial argumentation and precise flag-based analyses got me thinking of the time the raghead tried to kill me with his underpants and the Troop saved me. Every day my freedom is under attack by hill 'n cave people but sometimes I wonder what 'n where my freedom is. I imagine it's something like a king in chess or perhaps it's my johnson (in chess). But what strikes me is just how selfless these people are who want to protect this thing (what?) from these people who want it (who?) for reasons (what?) that are perfectly clear if you stare at the right flag with good in your heart. Aw man, remember the war of irack when the bwah-hah-hajis came after us or the vietgooks who tried to burn down our village and rape our sisters or that Ivan Drago guy who tried to beat up the sausage salesman who had only pugilistic good in his heart? That's what they're talking about.

I remember just where I was when those Iranian terrorists shot down the plane with 290 American civilians. I remember my white-knuckled, red-faced rage when the Ayatollah said “I’ll never apologize for Iran. Ever. I don’t care what the facts are” and I remember shouting at the TV: What is wrong with those people? Why do they hate us? What did we ever do to them?

I was on the toilet, that's where I was, hallucinating, red-knuckled and white-faced as the pain from my bowels overcame me; up was down and down was up and maybe I got the players mixed up.
Posted by Devin Lenda No comments: